We are approaching a major milestone.  Just a few donations away from $40,000 supporting child health-care research through The Research Institute at Nationwide Children's Hospital!

​We've already raised thousands of dollars by raffling off wood plaques (made by an elf in our basement).  We'll keep announcing new partnerships as they develop. Next milestone, $40,000 ...

What You Can Do 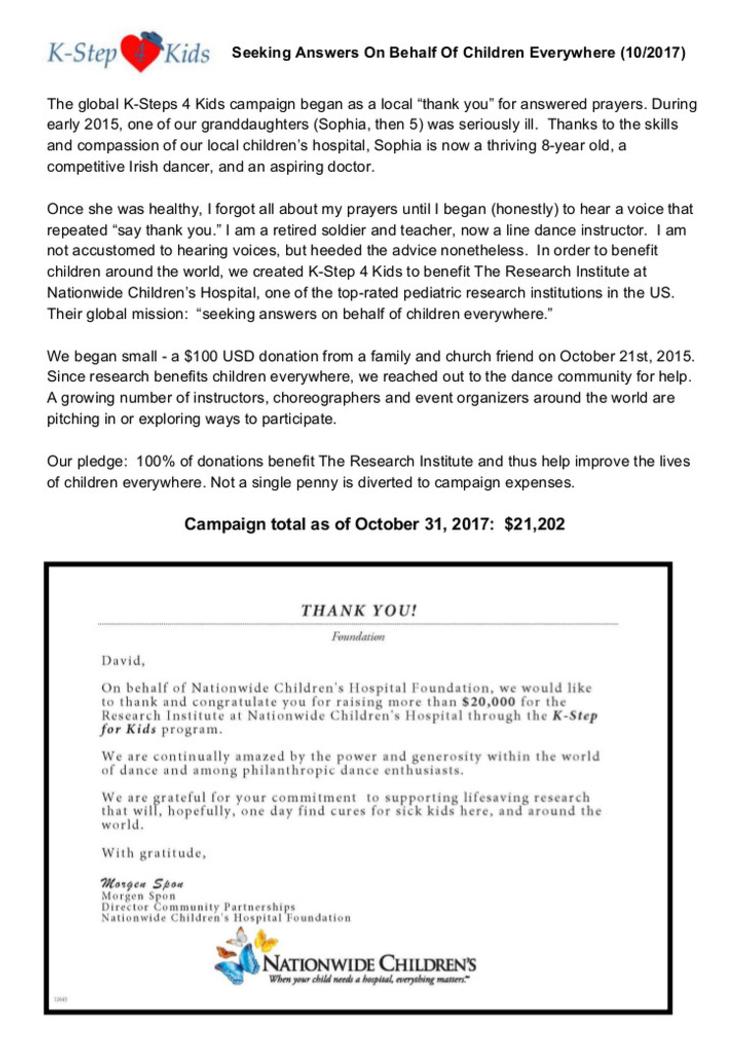